GWT Gold Sponsor at the ICWS2022 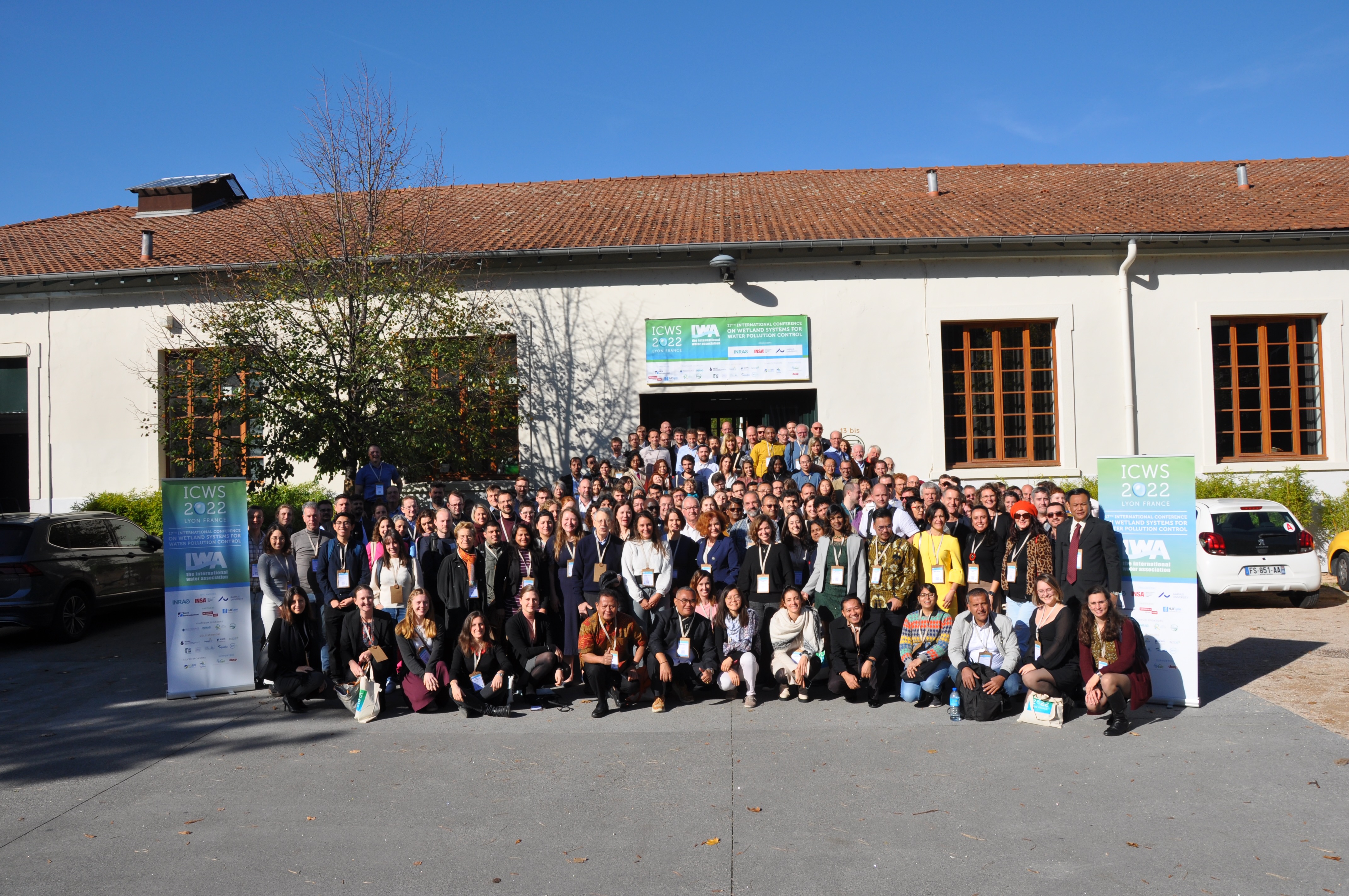 Wetland areas have been used for the informal treatment of wastewater all over the world for hundreds of years. Our ancestors had noted that dirty water passing through wetland areas emerged in a much cleaner state. There is archaeological evidence that the Chinese used this knowledge to their advantage as early as 2000 BC. More recently in the 17th century the Parisians spread wastewater and sludgegathered in simple septic tanks in the centre of the city onto land in the suburbs for treatment.

It wasn’t, however, until the 1950s that this property of wetlands was investigated more closely leading to the development of constructed wetlands designed for purpose to remove specific levels of contaminants. This work was undertaken at the Max Planck Institute initially by Kathe Seidel and later in conjunction with Rheinhold Kickuth from Gottingen University. Later they worked separately, in fact, as rivals. Their work raised the profile of treatment wetlands around the world and subsequently we have seen a dramatic acceleration in the application of constructed wetland technology globally.

From the outset treatment wetlands were proposed for tertiary, secondary and primary wastewater treatmentof municipal sewage and were linked very much to the green agendaas ‘nice to have’, almost a curiosity. The technology, however, has developed dramatically over the past 20 years and a broad variety of constructed wetland types have evolved to treat highly loaded effluents or sludges from a wide-ranging municipal and industrial sources.At the same time we have seen increased awareness of the environmental global impact of man, particularly with reference to global sustainability and, more recently, climate change. This has led to a change in the perception and value of constructed wetland treatment systems from curiosity to a highly apposite water treatment solution for our time as they offer no or low power consumption, minimal maintenance, low carbon footprint, biodiversity and robustness alongside consistent and high level performance.

A constructed wetland is essentially an excavation which is filled with an organic or inorganic particulate media into which reeds are planted. They are generally lined with a rubber (butyl) or plastic (HDPE) material to contain the contaminated water and thus protect ground water and adjacent subsoil. Clay based materials can also be used to seal constructed wetlands providing a more natural alternative. Effluent may be delivered into the system as a continuous flow or in controlled batches.The effluent may move either horizontally across or vertically up or down, through the media depending on treatment requirements. Microbial degradation, or processing, of contaminants is the principle means of treatment and is undertaken by bacterial communities which grow as biofilms on the surface of the particulate media.

Constructed wetland treatment systems offer many different mechanisms of action ranging from physical, biological, biochemical and chemical processes and a variety of these mechanisms may be active in any one bed. A list of the principal removal mechanisms is given below.

The different types of constructed wetlands that have been developed augment particular mechanisms of action and are selected based on treatment requirements. The sizing and the orderin which specific systems are placed in the treatment chain is determined by the chemical and physical characteristics of the principal contaminant(s) that require reduction and the selection of the most effective mechanism of action that willremove them from the waste water.

As well as varying the type of constructed wetland the media and reeds or plants used can be varied to enhance the required removal mechanisms.

As outlined above different types of constructed wetlands have evolved over the years driven by the changing needs of clients and increased range of applications. Constructed wetland designers have, through necessity, had to innovate, develop and combine forms as required. An indicative list of systems is given at the end of this section but the principle types are outlined below.

The contaminated effluent is delivered onto the top of the bed along one side via a distribution system. There are a variety of distribution systems that can be used, including troughs, risers and swept ‘Ts’ depending on site requirements, but all should have a means of balancing flows along the side of the system to ensure even distribution across the bed at all flow rates.

The effluent moves horizontally across the bed passing over and around the bed media onto which colonies of bacteria grow in the form of biofilms. These bacteria effect treatment of the effluent along with the other mechanisms of action outlined above.

At the far side of the bed a perforated drainage pipe positioned along the bottom of the bed parallel to the distribution system collects the treated effluent and carries it out of the bed into an outlet chamber. Here the effluent passes through an adjustable weir which allows the effluent level in the bed to be set and maintained depending on the process requirements.

Horizontal flow constructed wetlands operate in a saturated condition and can therefore provide aerobic conditions near the effluent surface and anoxic and anaerobic conditions deeper within the bed.The latter are essential for certain removal mechanisms such as de-nitrification or heavy metal sulphide precipitation.

In these systems the level is maintained above the surface of the media. This allows the effluent to easily distribute across the whole surface which is useful with effluents bearing high solids loads. In these systems a surface weir is often used at the end of the bed to collect treated effluent. These systems also offer significant increased hydraulic load capabilities.

The effluent level in these beds is maintained just below the bed surface ensuring full contact of the effluent with the microbial biofilms. These systems are used when the primary contaminants are soluble and removed through microbial action.

These systems are designed to have effluent delivered onto the top of the bed and to be spread across the surface prior to percolating down through the media. Biofilms develop on the media in the same way as for horizontal flow systems and treat the effluent accordingly.

In the most common form of vertical flow wetlandeffluent is not held in the bed but allowed to drain down to the bottom of the bed into a network of collection drainage pipes which then transport the treated effluent out of the bed.