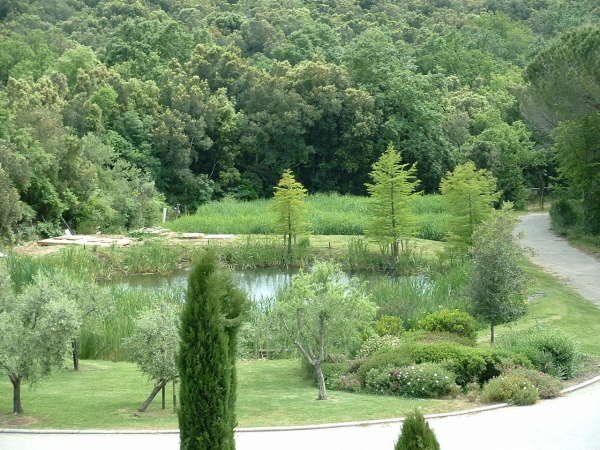 In 2001, IRIDRA managed the design of a constructed wetlands system for the wine-producing firm “Tenuta dell’Ornellaia”, Leghorn, Italy. The system consists of vertical flow constructed wetlands (SFS-v) as a first stage followed by a second SFS-h stage with recirculation to the first stage and then by a single FWS. It treats wastewater from the firm, which allows water to be reused for irrigation

Azienda Vitivinicola “Tenuta dell’Ornellaia” (Bolgheri - Leghorn): winery wastewater treatment and reuse for irrigation using two parallel vertical flow constructed wetland as a first stage (VF; As=90m2 each) followed by a second HF stage (As=86m2) and then by a single FWS (As=148m2) and a final Pond (As=338m2) with recirculation to the first stage – Qmn=10m3/d; this configuration has properly worked since 2001 and due to a production increase a 1st stage composed by 3 parallel HF bed for a total surface of 900 m2 has been added, reaching now a maximum inflow of about 42 m3/d.

Read 5689 times
Published in Agricultural wastewater
More in this category: « Yaxley Leemans Wortel »
back to top