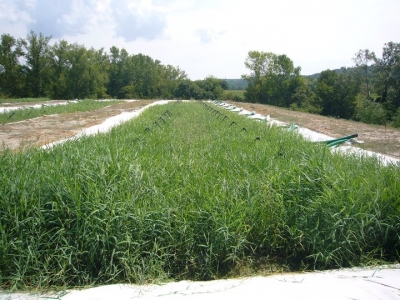 A ten years old system treating the wastewater produced by a winery in Central Italy. Cecchi is a famous wine producer in Italy and the production is certified ISO14001; all the wastewater produced by the "bottling department", located in Castellina in Chianti, Province of Siena, is appropriately treated before to be discharged in a nearby stream by a multistage constructed wetland. 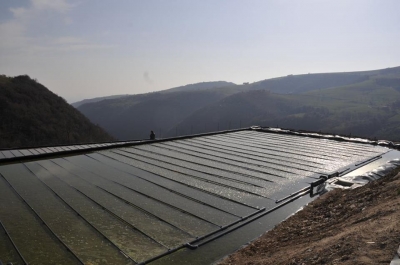 In 2001, IRIDRA managed the design of a constructed wetlands system for the wine-producing firm “Tenuta dell’Ornellaia”, Leghorn, Italy. The system consists of vertical flow constructed wetlands (SFS-v) as a first stage followed by a second SFS-h stage with recirculation to the first stage and then by a single FWS. It treats wastewater from the firm, which allows water to be reused for irrigation

1,2 ha system treating the effluent of an activated sludge system for treament of the liquid fraction of swine manure.