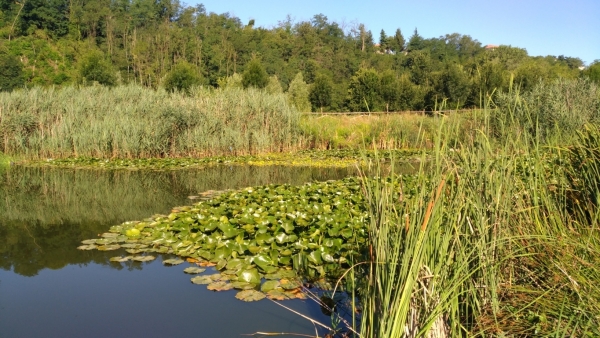 Combined sewer systems are sewers that are designed to collect rainwater runoff, domestic sewage (+ eventual industrial wastewater) in the same pipe. Most of the time, combined sewer systems transport all of their wastewater to a sewage treatment plant, where it is treated and then discharged to a water body. During periods of heavy rainfall, the wastewater volume in the combined can exceed the capacity of sewer system. For this reason, combined sewer systems are designed to overflow occasionally and discharge excess wastewater directly to nearby streams, rivers or other waterbodies. These overflows, called combined sewer overflows (CSOs), contain not only stormwater but also untreated wastewater. The GORLA MAGGIORE CSO TREATMENT PLANT, designed by IRIDRA in collaboration with Studio Maione, is the first system realised in Italy for this kind of application. It consists of 4 sand filters vertical beds aimed to treat the first flush coming from the CSO device and from an extended retention basin for the accumulation and the slow release in the river of the second flush, with the main aim of flood protection but also with some benefits in terms of pollution control. The system has been designed, under the sponsorship or the Lombardia Regional Authority and the co-funding by Fondazione Cariplo, through a participatory process, which ha s brought to the recovery of an abandoned industrial area and the creation of a "Water Park" along the Olona River banks. A small flux is permanently diverted from the river for feeding a small pool located on the bottom of the extended retention basin, so to permit the development of a highly diversified ecosystem which will offer multiple pathways for the removal/control of several pollutants.

Technical visit of Treatment Wetlands, realised by Rotaria,  in Florianópolis.