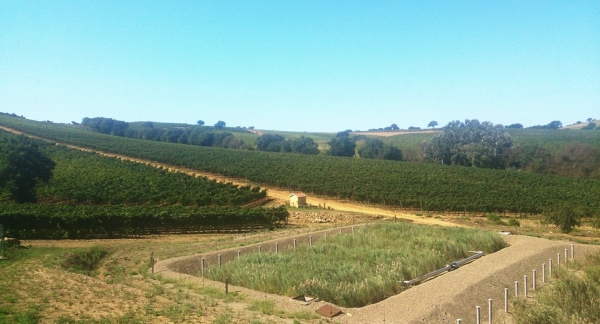 At the end of 2010, IRIDRA started the design of a constructed wetland project in Val delle Rose (Grosseto, Italy), in order to give the new wine-producing firm a depuration system. This system consists of what is called a “French scheme”, which is composed of a vertical subsurface flow systems for raw wastewater (VFRBF), followed by a “classical” horizontal subsurface flow (HF).  as second stage. This type of scheme has already been experienced before, successfully, on the wastewater of another winery of the same client (Casa Vitivinicola Cecchi & F.) and the monitoring of this plant has permitted the optimization of this design following both the treatment aspects than the requests of the owner to improve maintenance operations. The plant was realized from 2011 to 2012, and start-up happened in September 2012 during the the grape harvest period.  The treated water will be reused for irrigation after polishing in a FWS system with a final pond for storage.